This sonnet shares its name with a Neil Gaiman short story which has since become synonymous with debate about the fate and treatment of Susan Pevensie, as referenced in The Last Battle and other writings by C S Lewis

The earth lies black beyond the stable door

where bones dissolve beneath a dying sun ‒

the holidays have only just begun,

the shadowlands a dream that went before.

So feel the breeze and hear the lion’s roar,

as further up and further in we run

towards that dawn where worlds become unspun,

to pass through death and live again once more.

But Susan sits and paints her face with grief,

with all the pretty colours of her pain ‒

condemned to be an exile by belief

that judges her perfection as profane.

She rails against the prophet and the thief,

she weeps for love and innocence in vain. 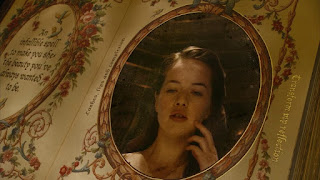 Posted by russell j turner at 8:00 AM